Attila the Hun, Robin Hood, and Jimmy Buffett: How to Understand Political and Social Populism

In his 1977 song "Margaritaville", the American singer-songwriter Jimmy Buffett ended the first verse with

"Some people claim that there's a woman to blame,
But I know that it's nobody's fault."

"But I think, hell, it could be my fault" 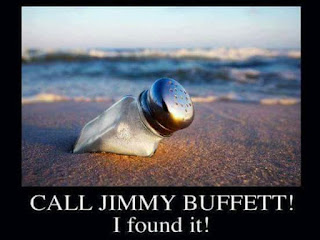 For some, it's even much too hard to get to Jimmy's starting point of "But I know that it's nobody's fault."  Many people really want someone else to blame for their misfortunes, particularly for their economic misfortunes.

And when this sort of blame game happens on a regular basis, you've got a case of populism.  Populism is what happens when large numbers of people seek a scapegoat for their political or economic problems, and when the scapegoat is some easily identifiable (and usually highly vulnerable) group within the wider community.  Examples of political populism in elections this year include the Trump (and, to a lesser extent, Sanders) campaigns in the United States' presidential election, the Hanson and Lambie campaigns in the Australian parliamentary election, and many advocates of the "Leave" case in the UK "Brexit" referendum.

While you can place populist politicians on both the political right (Donald Trump, Nigel Farage, Pauline Hanson) and the political left (Bernie Sanders, Jeremy Corbyn, Mark Latham), it's difficult to put populism easily into any conventional place on a right-left political spectrum.  (1)

Populists in most countries are frequently alienated from major political parties of both the centre-right and centre-left.

One other thing about populists, they tend not to be "joiners".  You probably won't see them at church obviously, because of the whole "killjoys, wowsers, and hypocrites" thing I just mentioned.  You probably won't see them at Rotary, Lions, CWA, or any other community group either.  Work, home, and (in most cases) pub are the environments in which a populist will be comfortable.  Populists don't get out a lot.  That's one of the things that makes a populist a populist.

I'm not too worried, though, about populists becoming politically active, even if I find their politics rather scary.  If a populist feels able to influence the political system, he/she is far less likely to vandalise a place of worship, beat up someone on the street, ... or worse ... than if he/she feels unable to influence the system.


(1)  An example of this is found in the Australian politician Mark Latham who, since this article was first posted, transitioned from being a member (and former leader) of Australia's major centre-left party to a member of a far-right minor party.
Posted by Bob Faser at 08:54